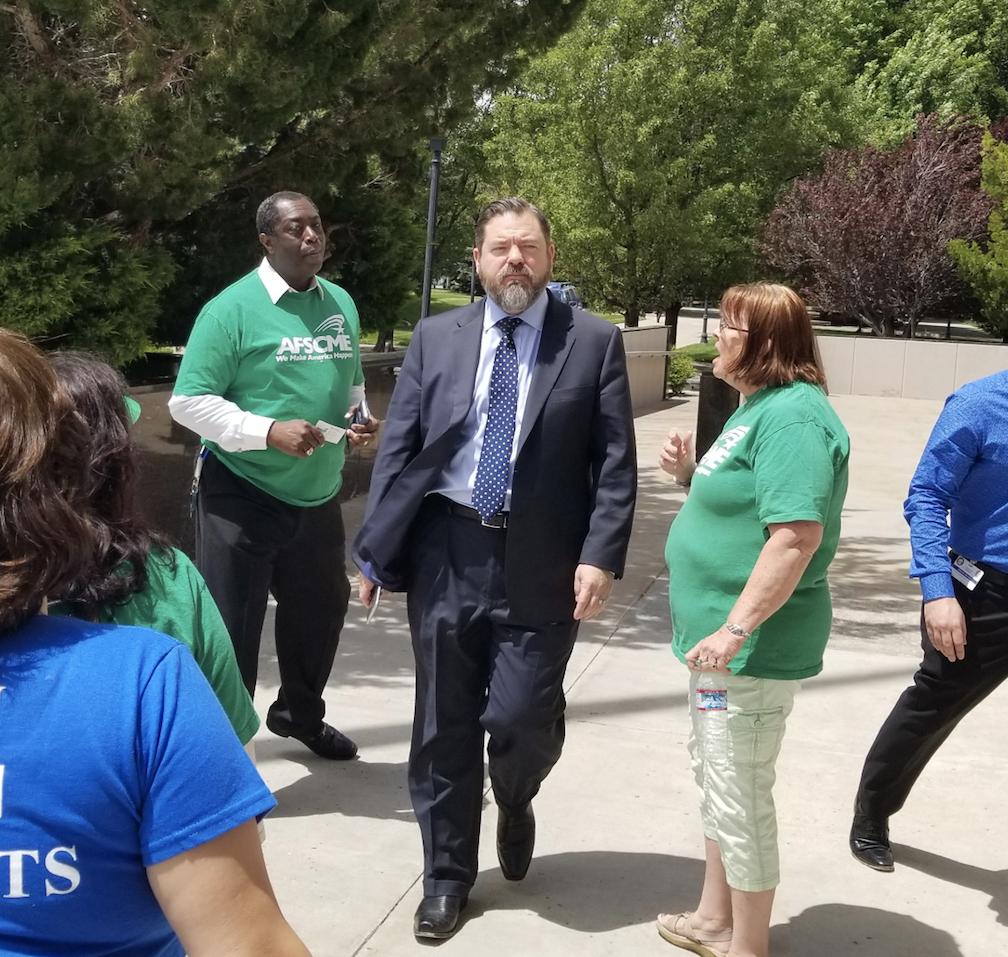 Roberson Walks Out on Kids and Public Schools

Like every politician, Michael Roberson claims to put kids first. But the truth is Roberson has repeatedly attempted to raid public funds for a risky voucher scheme that would have shifted millions away from our neediest schools to wealthy families for exclusive private schools. He took his scheme so far that by the end of the 2017 legislative session, he stormed out of the Nevada Legislature and threatened to hold session hostage until he got his way. Michael Roberson took $9,000 from voucher advocates for his work attempting to destroy Nevada’s public schools.

He lost that fight, just like every other scheme he tries put over on Nevada voters.

The problems with private school voucher programs are numerous. When public money is spent on private education, this means less money for students in public education. This would likely lead to even larger classes, fewer extracurricular activities, and reduced programming for special needs populations. Voucher programs have been shown to lead to more segregated schools with the less fortunate neighborhood schools feeling the worst effects of voucher programs.

But there’s even more that’s wrong with private school vouchers. Researchers at the University of Illinois found that, when controlled for differences in student demographics, public schools produce better student outcomes than private schools. The study shows a well-resourced public education system outperforms private schools, because private schools do not have the same fiscal and academic standards and accountability systems that are built into public schools.

Meanwhile, many private schools admit higher-income students while passing over low-income and low-performing students, English language learners, and students with learning disabilities. Public schools welcome the challenge of educating every student, but the reality is this can effectively be done only with additional resources.

Michael Roberson has walked out on our students and educators.